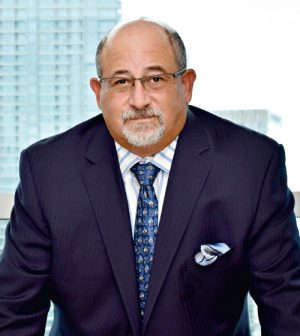 Richard C. Wolfe serves as “of counsel” to the firm. Mr. Wolfe has a Juris Doctor and LL.M. from the University of Miami School of Law and he spent 10 years as a Certified Public Accountant. For the past 20 years, he has been given the highest rating (AV) from Martindale-Hubbell.

Richard has lectured or has served as an adjunct professor at the following law schools: Univ Of Miami, St Thomas, Nova Southeastern and Florida Coastal. He has been published numerous times in the Florida Bar Journal and has also lectured for the American Bar Association, Florida Bar Association and at the Southeast Regional Conference on Entertainment and Intellectual Property law, for which he has served as the co chair for the past 5 years.

In the area of film, he has representated film and TV producers in over 35 feature films, including acquisition, business structure, production contracts, accounting and distribution; handling two negative pickup bank financing transactions. Theatrical releases have included: Midnight Crossing; The Unholy; It Had To Be You; Village of the Damned; Hammerhead Jones; The Victims; Scarecrow; South Beach; Night Caller; Summer Job and The New Adventures of Flipper.

Mr. Wolfe has been or is a member of the following organizations: Florida Film and Recording Institute (past President), Florida Film Producers Association, Florida Screenwriters Association, Florida Motion Picture & Television Association, National Academy of Recording Arts and Sciences and Entertainment law Section of the Florida Bar (past Chairman), . Mr. Wolfe has lectured or taught courses at University of Miami Film School, Master of Fine Arts, on Legal Aspects of Film Production; St. Thomas Law School, Professor of Entertainment Law; and Florida International University, Professor, Entertainment Law & Business. Mr. Wolfe was the Chairman of ARTEC Fundraising Committee Sponsored by Greater Miami Chamber of Commerce which obtained a $450,000 matching grant from the Annenberg Foundation and has served as Executive Producer of the Jam Miami All Star Latin Jazz LP released by Concord Records, and was the Executive Producer of the PBS special of the same title.