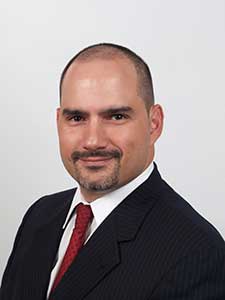 Adolfo received his Juris Doctor degree from Temple University, School of Law in 1997, and was a Philip C. Jessup International Law Moot Court participant. Adolfo earned his Bachelor’s in Business Administration from Florida International University in 1994.

Adolfo left public service in 2002 to join a New York law firm, concentrating his practice on securities defense litigation, arbitration, and securities regulatory matters. His practice also focused on professional liability litigation, including claims against attorneys and insurance professionals. In 2005, Adolfo moved, with his family, back to Miami, Florida, where he worked as a senior associate at a large international law firm. Adolfo’s practice at that time focused exclusively on representing brokers and broker-dealers in arbitration, court and before self-regulatory organizations.

In October 2007, Adolfo left to join a spin-off firm established by two former partners, where he continued to represent brokers and broker-dealers in arbitration. Shortly after, in August 2008, Adolfo decided to return to his original roots, that is, representing investors, and joined an investor oriented law firm and has been assisting aggrieved investors ever since. Through the years representing investors, Adolfo has handled hundreds of cases recovering millions of dollars for defrauded investors